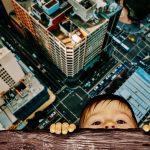 I sold 5 years ago. So much has happened, it seems like fifteen. With 9 books out in the world, the tenth almost complete, I decided to look back, to what it would have helped me to know, when I was on that scary road to publication.  I hope it helps those still on that road.

I learned this in motorcycling. Target fixation is a process by which the brain is focused so intently on an observed object that awareness of other obstacles or hazards can diminish. Also, the observer can become so fixated on the target that they will forget to take the necessary action to avoid it, thus colliding with the object

I wrote three books before I sold. Add 417 rejections and 15 years. By the end, I was so fixated on getting an agent and selling, that when it finally happened and the euphoria dissipated, I realized there was another road ahead. A longer, foggier, more treacherous road. I had no idea what to do.

Lesson learned. If you’re working on a long term goal, like selling a book to New York, don’t forget to look beyond it. Gather the resources and tools you’re going to need to succeed after you sell. Very often, that’s people who have already walked that road. They can give you pointers on where not to step.

You have worked so hard and for so long, that when it happens, it seems like it’s all about you. You lose objectivity, and can make mistakes.

Lesson learned. I heard a bit of publishing info. Knowing it would help the authors of a large group I was in. I told them, and asked them not to forward the information. Of course they did, and it ended up embarrassing the person who told me, and hurting her, professionally.  If I’d have stopped and thought five minutes more, I never would have done it. Be Careful. You don’t know this road as well as you think.

Unless lightning strikes, you’re not going to be happy with your sales. And if you are in the beginning, once you start looking around, you won’t, trust me. But the thing about lightning is, it’s indiscriminate; You can’t call it down. You can’t control it. And neither did the person who was its target.

Whining, ‘Why not ME?’ and becoming bitter, is not a good look on you.

Lesson learned. Down this road lies madness. And defeat. You’re not competing with anyone, except the author you were yesterday. Everyone gets pulled to the ‘green side’ sometimes. Make that time short.

Which leads me to my last note-to-self: 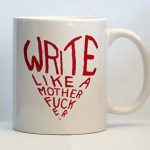 Your work of blinding brilliance is on the road ahead. Go get it.

What notes to yourself do you have buried in a drawer? Share them with us!