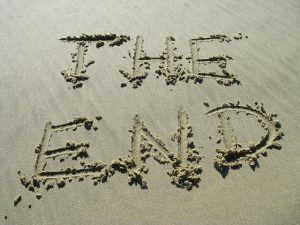 Don’t you just love it when a line in a book so good, that you just have to stop reading to appreciate it for a few minutes? Me too.  I think that’s part of the reason I began writing – to, just once – write one of those sentences.

You can find them scattered throughout books, of course (Jodi Picoult…sigh) But I think they’re most often at the very beginning, or the very end of a book. (I wrote a blog on first sentences. You can read it here.) Why? Well, I have to admit, as an author, I spend more time thinking/editing/writing/crafting those words than any other in the book. Are you the same?

Before we talk about how to do that – lets indulge ourselves (okay, we’ll wallow) in some amazing last lines, shall we?

“Oh, Jake,” Brett said, “we could have had such a damned good time together.” Ahead was a mounted policeman in khaki directing traffic. He raised his baton. The car slowed suddenly pressing Brett against me. “Yes,” I said. “Isn’t it pretty to think so?”
The Sun Also Rises by Ernest Hemingway

“Then starting home, he walked toward the trees, and under them, leaving behind him the big sky, the whisper of wind voices in the wind-bent wheat.”
In Cold Blood by Truman Capote

“Tomorrow, I’ll think of some way to get him back. After all, tomorrow is another day.”
Gone With the Wind by Margaret Mitchell

“There was some open space between what he knew and what he tried to believe, but nothing could be done about it, and if you can’t fix it, you’ve got to stand it.”

And I have to include what is possibly my fave last line of all time:

“The lesson of the beet, then, is this: hold on to your divine blush, your innate rosy magic, or end up brown. Once you’re brown, you’ll find that you’re blue. As blue as indigo. And you know what that means: Indigo, Indigoing, Indigone.” 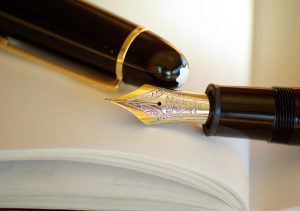 Great. Now that we all feel like hacks – how do they DO that?

Your turn! Share a favorite last line from one of your books – or someone else’s!