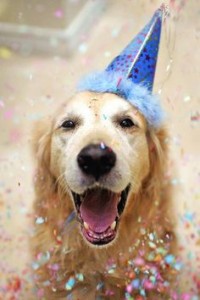 I’ve been in a bad place lately. And admitting that in public is a big deal for me. See, I’m the equivalent of a golden retriever named Pollyanna.  My glass is way full. Except lately.

417 rejections before I finally sold earned me a pretty tough skin. So how could I find myself here – lower than octopus poop in the Mariana Trench, glowering at those swimming above?

I’m writing a book. A book that was handed to me by the unseen current over our heads that Stephen King talks about. I’ve always written blue collar. This one involves a Molecular Biologist and the head of the Governor’s Task Force on Women. My books are not high-concept. This one is HUGE concept. My books are emotional, but this one will knock you on your butt. I haven’t believed in a book like this since The Sweet Spot, my RITA winner.

I put together the proposal, tidied its bow, patted it on the ass, and sent it to my agent, knowing it would find a seat in the front row of my dream publisher.

Then I got rejected.

Now, it was one of those oxymoronic rave rejections, but still . . .  And my agent is shopping it elsewhere (hello, Jodi Picoult’s publisher), but I had my heart set on that original one. Which brings me to my first point: 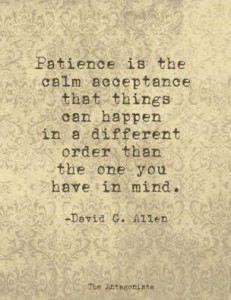 Why do you think little kids are so happy? Because they don’t know or give a flying diarrhea diaper about expectations. They wake up every morning, happy to see what’s going to happen today.

I’d decided how this was going to happen. Big mistake. Reminds me of the old Jewish saying – ‘Man plans, God laughs.’

I have enough experience in this life (and industry) to know that when this book is successful, it won’t matter how I got there. This is short-term thinking that I need to get over. 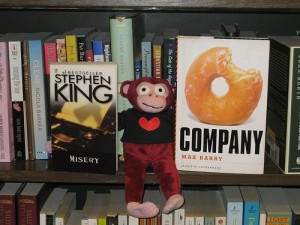 Everyone loves commiseration, and I’m no exception. What good are friends if you can’t whine to them, right? :/ A bit of that is necessary, I think, to help soothe your singed nerves. But keep at it too long, and you feel worse.

What’s lower than the Mariana Trench? I don’t know, and I’m not going there. Give yourself one ‘Oh shit’ conversation with a friend – maybe two, but no more. It puts your feet in cement and makes it harder to kick off from the bottom.

Trust me on this. 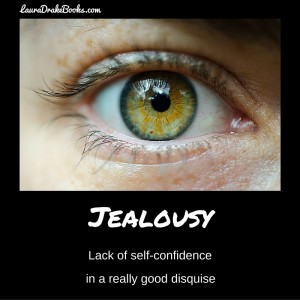 It takes a lot to take me to ‘The Green Side’. I don’t believe in jealousy.

Because there IS enough to go around.

It’s like loving your kids…did you run out after the first one? I didn’t think so. It’s the same with success. Your success has no bearing on my ability to achieve it – therefore I’m free to be happy for you, and help you celebrate.

I really believe that.

But there’s another hard-won lesson I’ve learned over the years that will help me more than all the above.

I’m giving away my power.

Because I have a choice in my focus, my power isn’t being taken from me, I’m giving it away.

Have you ever noticed that if you don’t sit down to write, you’re not happy? You’re guilty and snippy, and end up cleaning toilets to do penance.

But sitting down and hammering out your daily word count leaves you fulfilled and happy?

The only way I can influence my future is to write the best f’n book I’m capable of. That is where my power lies. If I’m focusing on anything else, I’m not only wasting my time, I’m draining my energy. It’s kryptonite to the creative process.

So I’m going to write now. And I wish you all the focus. All the power. Go forth and 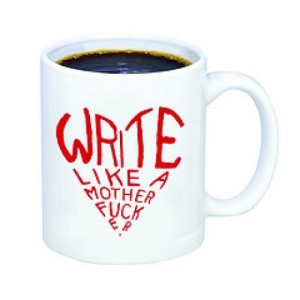 What helps you when you’re down? 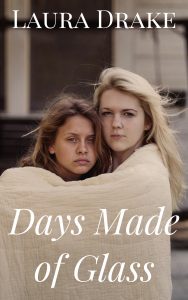 A bit about Laura’s latest release – Days Made of Glass:

Harlie Cooper raised her sister, Angel, even before their mother died. When their guardian is killed in a fire, rather than be separated by Social Services, they run. Life in off the grid in L.A. isn’t easy, but worse, there’s something wrong with Angel.

Harlie walks in to find their apartment scattered with shattered and glass and Angel, a bloody rag doll in a corner. The doctor orders institutionalization in a state facility. Harlie’s not leaving her sister in that human warehouse. But something better takes money. Lots of it.

When a rep from the Pro Bull Riding Circuit suggests she train as a bullfighter, rescuing downed cowboys from their rampaging charges, she can’t let the fact that she’d be the first woman to attempt this stop her. Angel is depending on her.

It’s not just the danger and taking on a man’s career that challenges Harlie. She must learn to trust—her partner and herself, and learn to let go of what’s not hers to save.

A story of family and friendship, trust and truth.