I admit, odd people fascinate me. The marginal personalities, the walking damaged, the wierdos. When I look back in my life, it seems I’m the Pied Piper of The Quirky (Or maybe it just takes one to know one ;)) 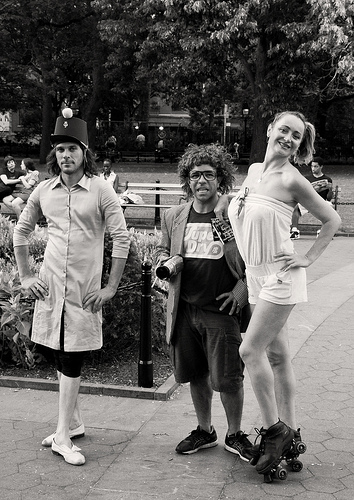 They show up in my novels often. I’ve written a New York fashionista transplanted in Texas Hill country, an L.A. up-and-comer on a Colorado cattle ranch, and a soldier suffering from PTSD on the bull riding circuit.

But the last two books I’ve written pushed the limits, tipping from quirky to borderline bad/odd people. And though they fascinate me, these characters can irritate readers. Jane Porter has written characters like that, and Catherine Ryan Hyde (wrote Pay it Forward) is famous for it.

A case everyone should be familiar with is Florence ‘Rusty’ Dennis, the mother in the film, Mask (played by Cher). She was in a gang, and a drug user. And yet, by the end of the movie, though you still may not like her, you have empathy, if not sympathy for her. 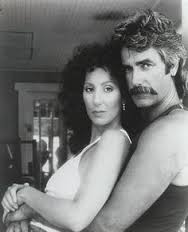 There was a better photo to demonstrate this, but it didn’t have Sam Elliot in it. You’re welcome.

How the heck did they do that?

I recently wrote my first women’s fiction story. The main character, Harlie, was damaged and independent to a fault. She has a distorted view of the world that she’s seen from the trailer park and has made some questionable decisions because of it.

I loved this character.

The book was rejected by an editor, because the character was ‘one dimensional’. I had no clear idea of what that meant, and was afraid that I’d have to gut this strong but flawed character to sell the book. And I wasn’t willing to do that.

Thank God I have an incredible agent, who can read a book and not only tell you what’s wrong, but how to fix it. She told me that Harlie wasn’t a well-rounded character because we didn’t see anything different in her thoughts than we saw in her actions. In both, she was damaged, irascible, and closed off. It was basically repetition: the reader got that in the scene, by the way she reacted, AND in the sequel, when Harlie thought about what had just happened.

To fix that, all I did was go to those scenes and show, through her thoughts, WHY Harlie acted the way she did. It’s an opportunity to show what she’d never reveal to others – that she was vulnerable, lonely and afraid. Show why she was stuck in her thoughts/actions. In other words, what was her flaw – her misconception about how the world worked, that was holding her back from growing.

It’s like a small dog that bites your ankles. It doesn’t do it because it’s mean. It does it because it’s afraid. In showing that in Harlie’s thoughts, it made her much more relatable and likeable. I think readers will forgive a character almost anything, if they can relate to them. I know I’ve lashed out at others when I’ve been afraid, and I’ll bet you have, too.

The other story I wrote with an unlikeable character is Twice in a Blue Moon – and today is its release day! 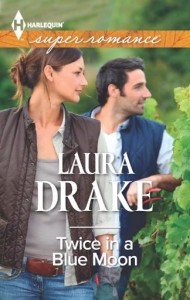 Danovan DiCarlo is a winery manager, with several problems. He is gifted, but overly ambitious and arrogant. The unwanted son-in-law to the biggest winery owner in the valley, when his infant daughter dies and the marriage falls apart, his ex FIL makes sure he’s blacklisted in the Central Valley wine community.

Oh, and he lies. Over and over. Ugh. Tough sell, right?

With Danovan, I went back and read Blake Snyder’s Save the Cat! If you don’t have his book on your writing craft shelf, you should. It’s my go-to book, and is dog-eared and full of post it notes. He said,

“Because liking the person we go on a journey with is the single most important element in drawing us into the story…..I call it the ‘Save the Cat’ scene. It’s the scene where we meet the hero and he does something—like saving a cat—that defines who he is, and makes us like him.”

I needed a couple of ‘save the cat’ moments for Danovan, because he had SO many flaws! Here’s what I came up with:

Have you ever written an unlikeable character? Have any tips for us?  Can you think of a Save the Cat moment in a book or a film?